A total of nine Shropshire schools were in the final of this year’s fire safety quiz run by Shropshire Fire and Rescue Service.

Teams of four pupils representing their school were at Telford Central Fire Station for the final after winning through regional heats involving schools from across the county.

Over the past few weeks, hundreds of year 7 pupils from 39 schools have been researching facts, figures and expert advice about fire safety and general safety compiled into a “Be Cool Be Safe” magazine ready for the popular annual quiz.

It was the team from Oswestry School which notched up most points to win the coveted title with Bridgnorth Endowed School declared the runners up and Shrewsbury High School in third place. 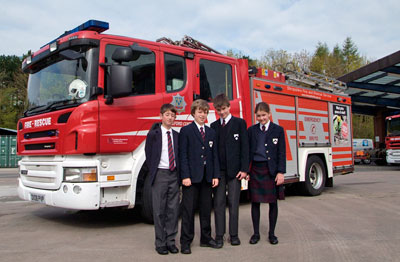 The winners received a £500 cheque for sports equipment for their school as well as £20 gift vouchers for each member of the team, along with medals. They gained most points in five rounds of questions including finding out if you commit arson and gain a criminal record it stays on your record for life and that there are 30,000 hoax fire calls in the UK each year.

The event also involved the teams of four racing against the clock to each put on fire kit including helmet, jacket, trousers and boots.

Quiz organiser Crew Manager Charlie Cartwright said: “The youngsters had a lot of fun and most importantly learned some very useful potentially lifesaving information to help keep them safe.

“I believe we have helped the young people of Shropshire become safer and the knowledge they have gained will keep them safe for the rest of their lives.

“The quiz is an excellent way of teaching life skills to young people and I would like to thank all that took part as everyone worked very hard.”

The quiz has been running throughout Shropshire for 10 years in this format with over 50,000 young people taking part in the annual quiz since it started.

Information on next year’s quiz will be available soon on www.becoolbesafe.co.uk 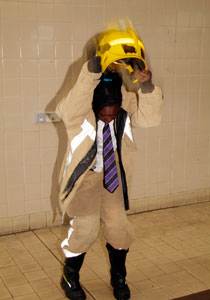 Information they learned included knowledge on staying safe with fire, water, on the roads and railways, how to deal with school bullies, facts on alcohol, drugs and tobacco, and what to do in an emergency.