Two Shropshire firefighters with joint firefighting careers spanning 80 years have been honoured for their long service.

They were both presented with their 40 years service award by Stuart West, chairman of Shropshire and Wrekin Fire Authority, at a ceremony held at Shrewsbury’s Theatre Severn last night (Wednesday).

“40 years is a significant amount of time to be in such a demanding career. It is not often that we give out awards for such a long service as 40 years,” said Mr West. 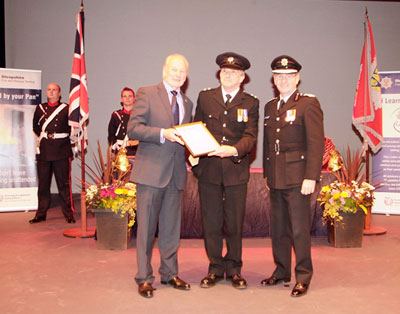 Officer in charge at Bridgnorth Fire Station, Pete Langford is married to Brenda and the couple have two sons. He retired from the Royal Mail in July last year but has continued his retained firefighting duties in the Bridgnorth area. 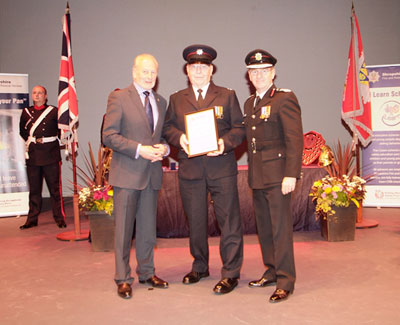 Colleague David Warwick, who served with the King’s Shropshire Light Infantry for ten years, began his fire service career at Tweedale Fire Station in Telford before relocating to Bridgnorth where he is Leading Firefighter.

He retired from Novelis, the former Star Aluminium works in Bridgnorth, in 2008. Married to Eileen, the couple have three daughters.