Home › About Us › Your Fire Service

To aid us in emergency response, we have a number of different fire engines that we call "Appliances" or "Pumps". Each vehicle has a specific purpose and varied equipment carried onboard.

The most common front-line appliance deployed to all emergency calls. It is a general-purpose unit capable of carrying and pumping water, carrying rescue and cutting equipment to deal with road traffic accidents and other rescue operations, a large ladder (for example 13.5m) and several smaller ladders and roof ladders. It is crewed by up to 9 firefighters. 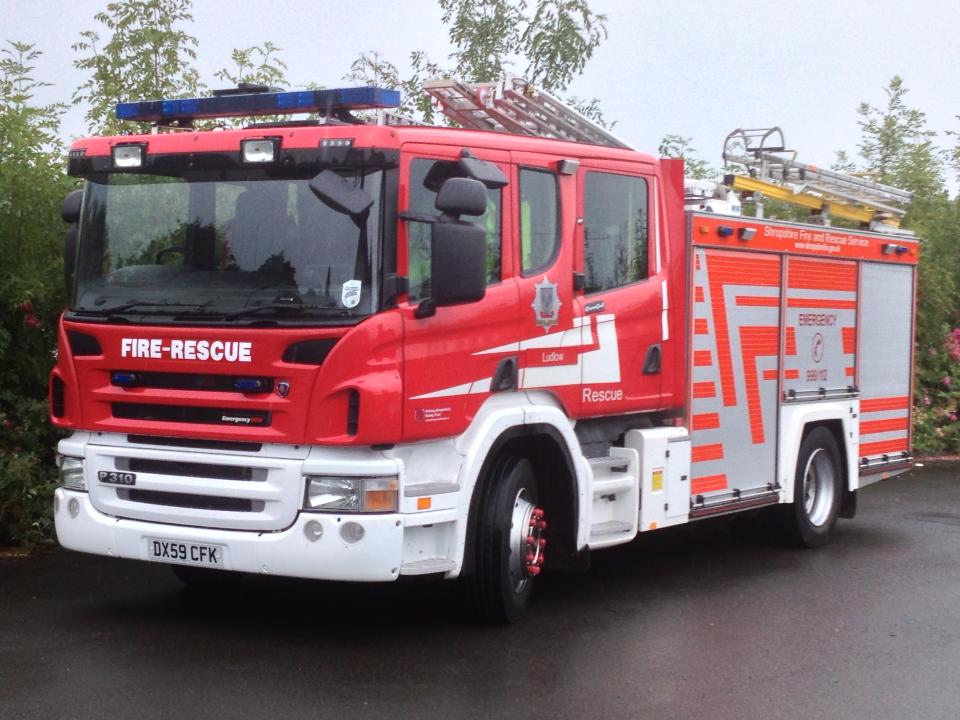 A water ladder is the same as a Rescue Pump, with the exception that it carries an LPP (Light Portable Pump) rather than a PPV (Positive Pressure Ventilation) fan, they are based at 2 pump stations only. It is normally mobilised to support the initial appliance or to respond to secondary, less urgent incidents.

Light Four-Wheel Drive Pumps (L4P) are a smaller version of the front line fire engine. They are usually used in rural locations where they can more easily negotiate tough terrain, narrow streets or remote access to certain areas.

The Light Six-Wheel Drive Pump (L6P) is a smaller version of the front-line fire engine. It is usually used in rural locations or areas where access is particularly difficult, as it can more easily negotiate tough terrain, narrow streets or remote access to certain areas, such as railway embankments. This appliance is stationed at Church Stretton as it's suited to the local terrain. 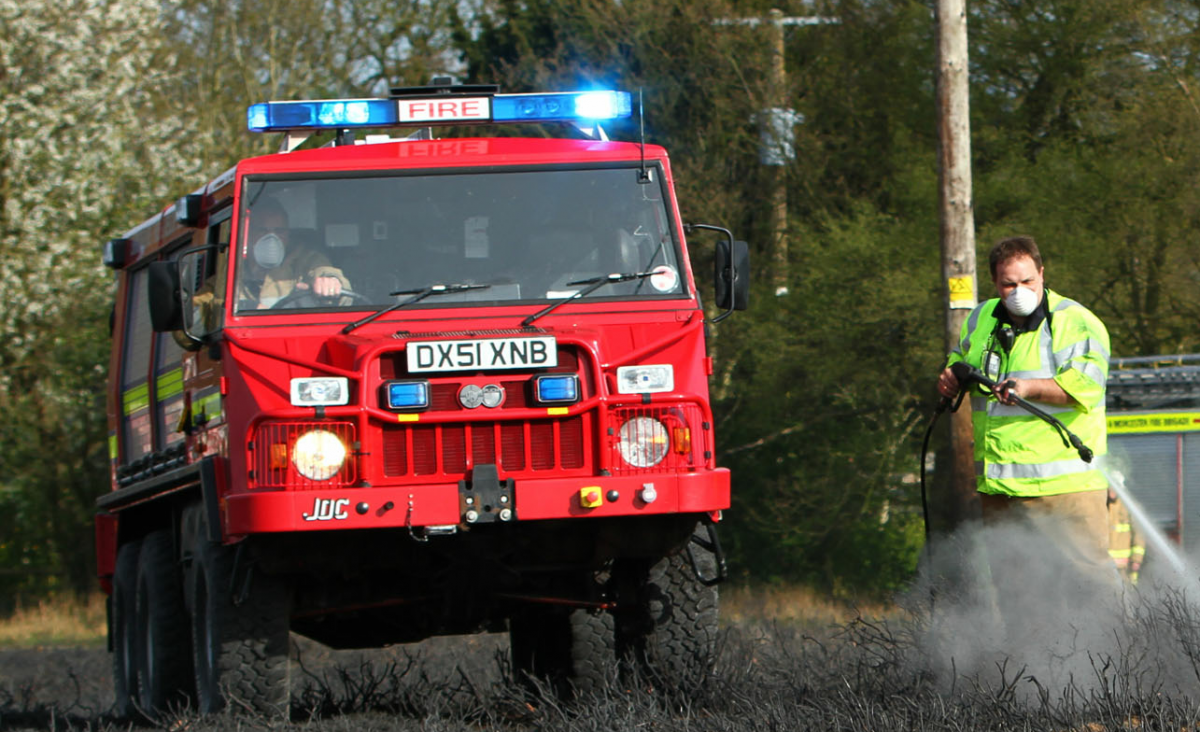 The Light Pumping Unit (LPU) is used to pump large volumes of water over long distances. It can be used in flood relief or at incidents where water is scarce. The submersible pump makes it possible for water to be delivered to the fireground at up to 6,000 litres per minute from up to one mile away. SFRS has 2 of these appliances, one stationed at Craven Arms with 1,600 metres of 6” hose and another stationed at Shrewsbury with 1,400 metres of 5” hose.

The High-Volume Pumping Unit (HVPU) is a larger version of the LPU, and a national resilience asset. It can be used in flood relief or at incidents where water is scarce. The submersible pump makes it possible for large quantities of water (up to 8,000 litres per minute) to be delivered to the fireground from over a mile away thanks to 1,500 metres of 6” hose on the HVPU and 3,000 metres of hose on board the Hose Layer. Both appliances are stationed at Prees.

The Water Carrier is a tanker that is used to provide vast volumes of water to locations that may not have a nearby hydrant or open water supply. This appliance is stationed at Bridgnorth and carries 8000 litres of water. SFRS also has a water carrier based at Oswestry Station which carries 4,800 litres of water.

The ALP is an appliance with a hydraulic ladder platform capable of extending 32m (or 104ft) in height and is able to deploy an elevated jet of water or provide a method of rescuing trapped people. SFRS has two of these. One based at Shrewsbury and one based at Telford Central. 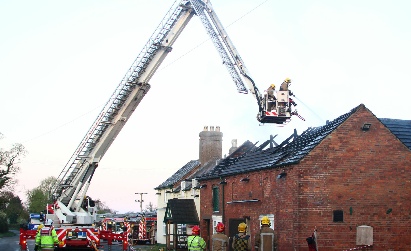 An Incident Support Unit (ISU) is a 4x4 pick-up used as transport or at incidents where access is restricted. It carries specialist equipment pods for different situations, which can be changed at a moment's notice. There are 10 ISU’s strategically placed around the county.

The Rescue Tender (RT) is an appliance fitted with a chassis mounted HIAB crane and winch. The appliance is used for road traffic collisions, animal rescue scenarios and carries specialist rescue equipment. This appliance is stationed at Wellington.

SFRS has two rescue boats, both of which are stationed at Shrewsbury and crewed by wholetime firefighters.